The Dread Love Mission is a non-profit organization providing education and awareness as well as financial assistance to those struggling with drug addiction. It is named after Benjamin David Hebda, Johnny’s brother, who passed away on June 13, 2021. The mission title is from Ben’s pen name, “Dread Love.” He self-published a book on addiction recovery titled The Tree of Salvation: My Journey Overcoming Addictions Through Jesus Christ, with proceeds used to support this Mission.
Instagram
Support 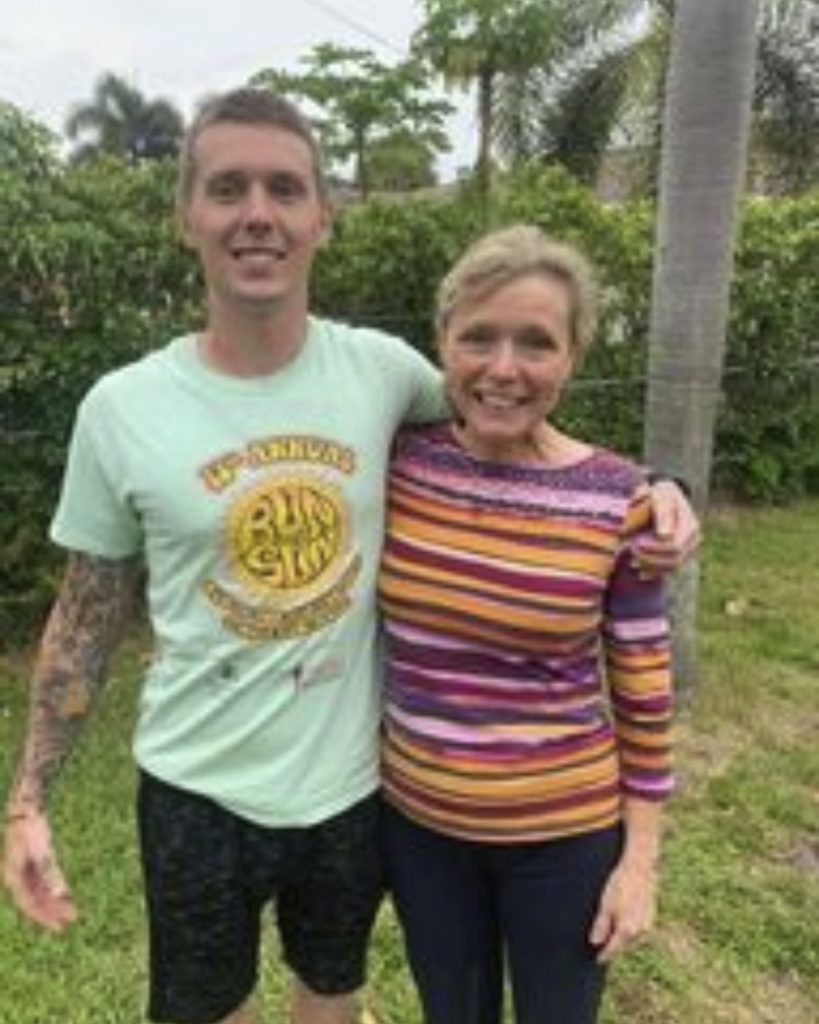 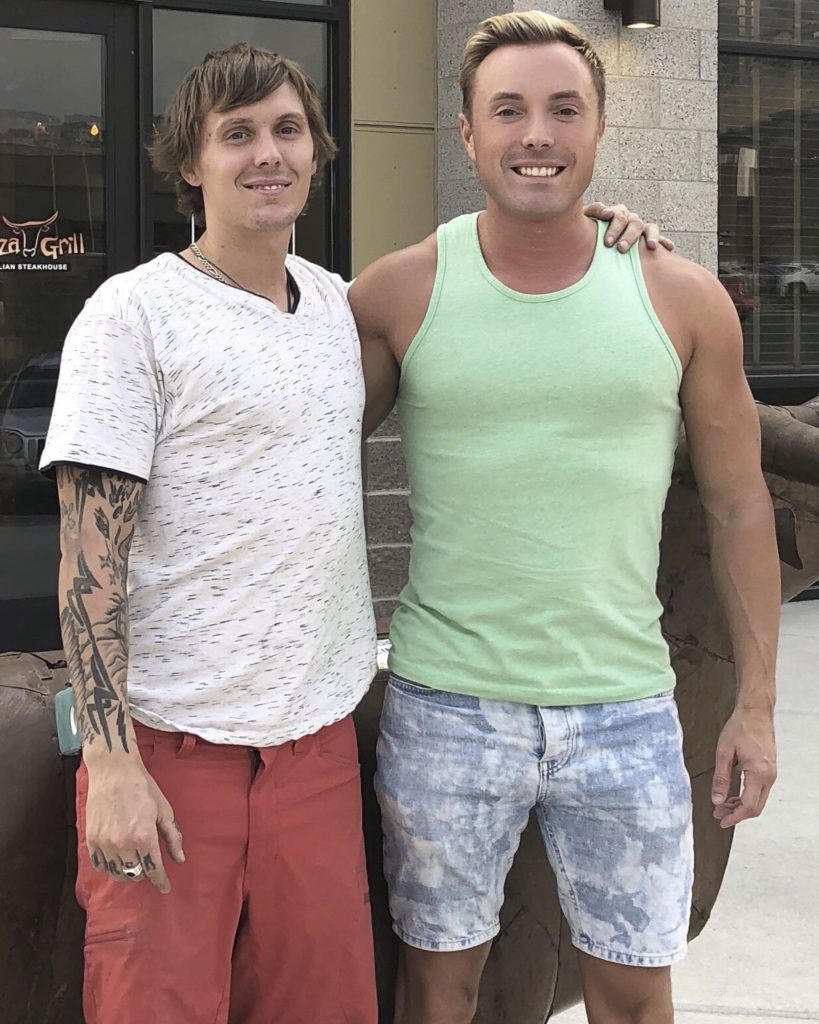 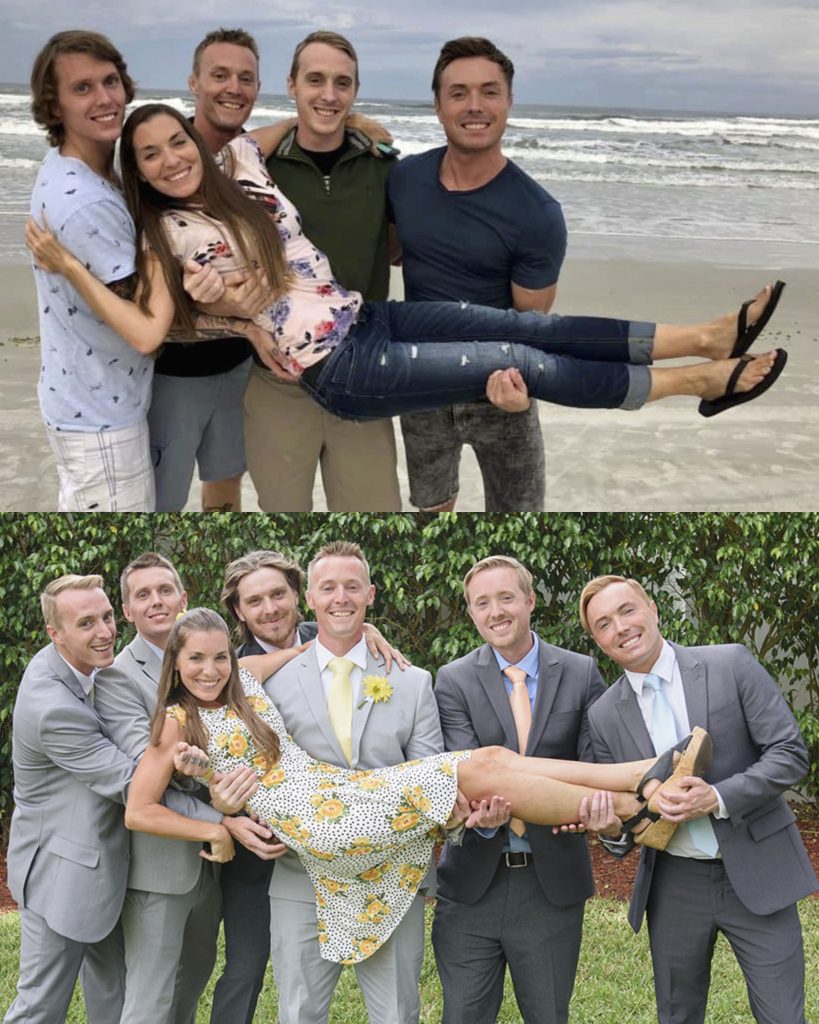 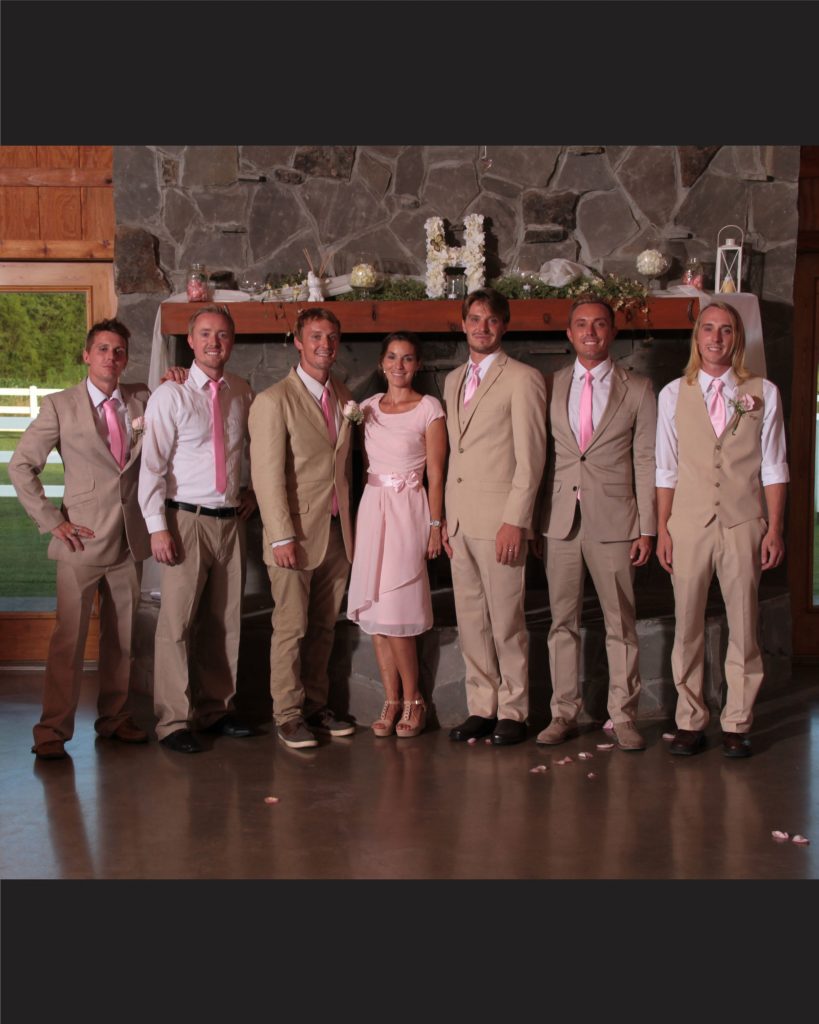 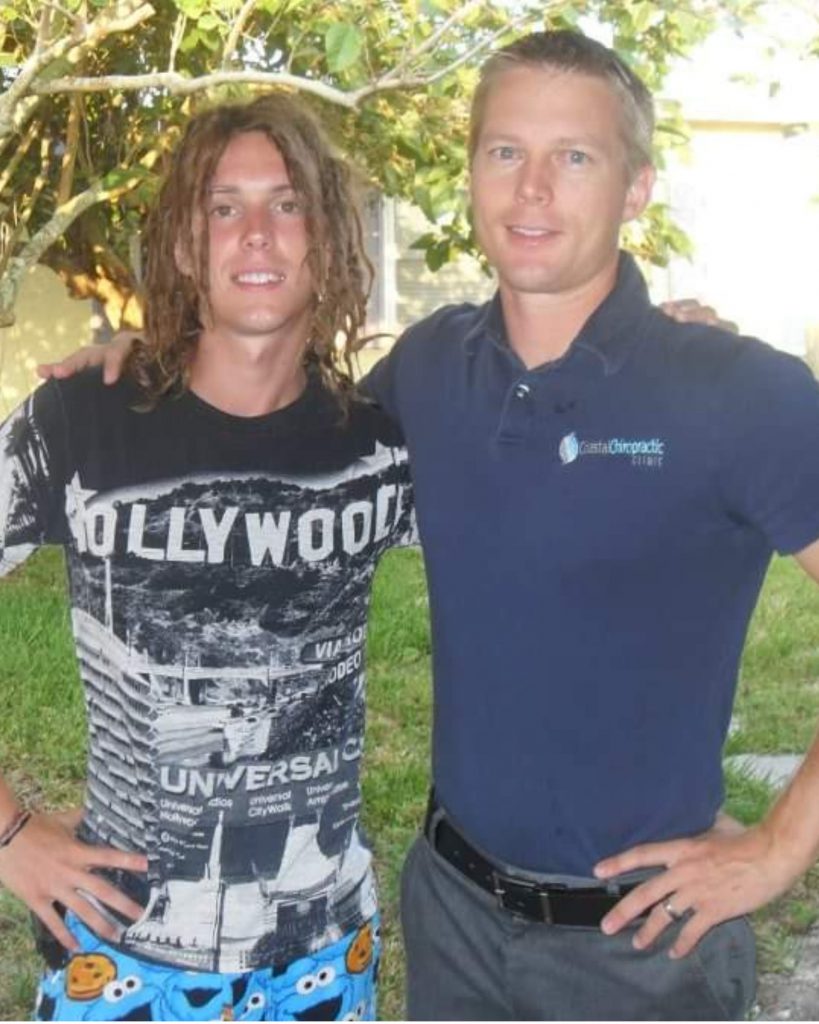 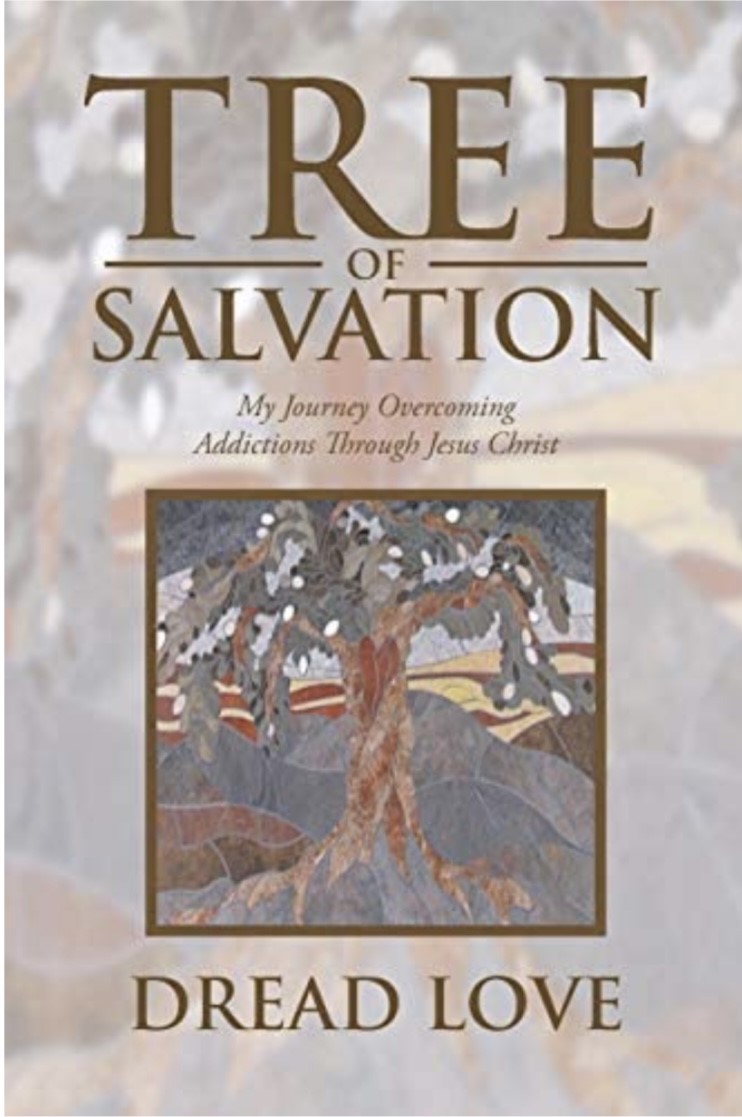 Support the Dread Love Mission by purchasing the book written by Benjamin.

Johnny’s younger brother, Benjamin David Hebda, was born on August 9, 1991 and passed away on June 13, 2021, at the young age of 29. Ben is the sixth of seven children born to Dorthy Emma Ledbetter and James Robert Hebda, and he is survived by his stepfather Mike Ledbetter, his sister, Mary Kay, and five brothers, Johnny, Jimmy, Sam, Adam and Joe; along with his nephews Sebastian, Carter, Tyler, Hyrum, Zane, Michael, and Kai; nieces Karmindy and Emmy; his brother-in-law Tim and two sisters-in-law, Lexi and Melanie.

Quick to extend love to all he met, Ben is remembered for his warm heart, fearless attitude, adventuresome spirit, his quirky sense of humor and his infectious laugh and smile. As a young boy, he was the first to accept a dare or challenge in a group, though he was also the first to give the shirt off his back to help someone in need.

He had a fearless attitude. Whether it was to jump off a roof, be the kid to drink the hot sauce or to approach the girl, Ben had no inhibitions. Ben also never judged another soul. He loved people for who they were, not for how he or others thought they should be. He was always willing to stop what he was doing and extend a listening ear to someone who needed help; and he was quick to share food, money or whatever he had with someone in need, whether that be a homeless person on the street, a family member or a stranger.

Ben truly had a God-like compassion for others. Once an elderly homeless woman came knocking on his door with nowhere to go. Ben let her in, and she ended up living with him for several weeks (along with many bags of her belongings that brought with her the next few days). He believed she had been sent to him. That’s just how he was. Ben was a very spiritual person, who was fascinated with the universe and God, and he had many ideas on space, along with time and life after death. He beat to a different drum than most and was in tune with a spiritual realm that most of us are not.

He loved his tattoos, especially tattoos that represented planets and space. He had a unique perspective on earth life, but knew that love was the ultimate power to progress and connect, and he loved unconditionally, seeing the good in everyone.

Everyone who met Ben spoke of his gentle soul and sweet spirit. In many ways, his was an innocent and child-like soul. Whether it was his friend or roommate, his Sunday School teacher or the nurse at the hospital that attended his final hours, everyone spoke of his sweet and gentle disposition.

Ben was also amazing with kids. His vivid imagination and genuine love without judgment made him the favorite uncle. He would spend hours playing with his nieces and nephews—making them laugh while jumping on the trampoline with them, playing with them with their toys or in the swimming pool or on the beach or running with them through the woods.

Ben loved wrestling, mixed martial arts, distance running, and nature. He would never turn down an opportunity for an adventure or new experience. He also loved music and enjoyed singing and playing the piano.

Ben was a very hard worker and loved to see others happy. His bosses were always impressed by his work ethic, cheerful attitude, willingness to work overtime to get the job done, and genuine love for helping others, whether that was his co-workers or just someone who he saw needed his help. He would frequently sacrifice his own comfort and happiness for others. He was always willing to work the extra hours, sacrifice sleep, and endure pain, yet never complain, to make someone else’s life a little easier. He took pride in his work and would always do it with a smile and cheerful and positive attitude.

Despite his many wonderful traits, Ben struggled with addiction. Since the age of 15, drugs and alcohol became a regular part of his life. He had a number of near-death experiences related to this struggle. He went through phases of sobriety and deeply wanted to overcome these challenges. And for many years he was succeeding. One of his most successful and healthy phases lasted for over a year, when he was living with his sister Mary Kay. During this phase, he wrote and published a book titled “Tree of Salvation: My Journey Overcoming Addictions Through Jesus Christ.” He published this under his pen name, Dread Love, and it is for sale on Amazon. He would spend hours setting up booths to sell his book. He sincerely wanted to help others overcome addiction, and for periods of time he was successful in overcoming his own. As with many people who struggle with the disease of addiction, Ben also suffered from some mental illnesses. Being diagnosed with schizophrenia and bipolar disorder further enhanced his struggles. He would be very hard on himself when he had relapses or slip-ups, and he so deeply wanted to overcome these obstacles.

The final months before Ben’s death, he made some great improvements. While living in Utah, he excelled as an electrician, saved money, got out of debt and had recently received a raise at his work. He even bought a truck that he paid for in cash, and he was very excited about his new truck. He had many goals and his family was proud of the steps he was taking.

Despite his great improvements, Ben still had occasional relapses. One such relapse, resulted in him injecting a drug through a needle in his arm. Feeling ashamed, he kept this a secret from everyone in the family. He even continued on with work a few days and acted as if nothing was wrong. The needle that he used was infected and lead to him contracting a rare infection of the skin called necrotizing fasciitis, a flesh-eating bacteria. It spread quickly and caused tissue death at the infection site and beyond. Within a few days, his arm had swollen immensely, and the bacteria had invaded his blood and other body parts.

Once he was at the hospital, the doctors underwent an emergency surgery to remove the dead tissue and were somewhat optimistic after this initial surgery. They were planning on a follow-up surgery a couple days later. Tragically, things took a turn for the worse. The infection continued to spread aggressively. The doctors began a second emergency surgery but discovered it had spread past the point of return and his organs were shutting down. The call came on Sunday morning, and his family in Utah, along with many relatives throughout the U.S., joined a Zoom call to witness his final hours on life support, as he breathed his final breaths. Ben passed away at 1:55 p.m. on Sunday, June 13, 2021, peacefully with his family all around. Ben died of this infection, and though he struggled with addiction, he was doing so much better, and it was not the drugs that killed him. It is an unimaginable tragedy for someone so young, full of life and love to be taken so soon.

Ben was loved so much by his family and friends, and he will not be forgotten. His family set up the Dread Love Mission. This non-profit aims to provide education and assistance to those struggling with addiction. Ben truly believed his mission on earth was to help others to overcome the disease of addiction through faith. Through his book and this mission, Ben will live on through the many people that will be blessed because of him.

Ben’s love and the example he set in his mortal life touched many people. The final words in Ben’s journal before he passed were “Everything Is Love.” As we remember Ben, let us follow his example and be a little kinder, love people without judgment, be quick to forgive and find ways to sacrifice our own comfort to make someone else’s day a little better and a little brighter.